Friday, November 6th Meeting is scheduled - See you there!! 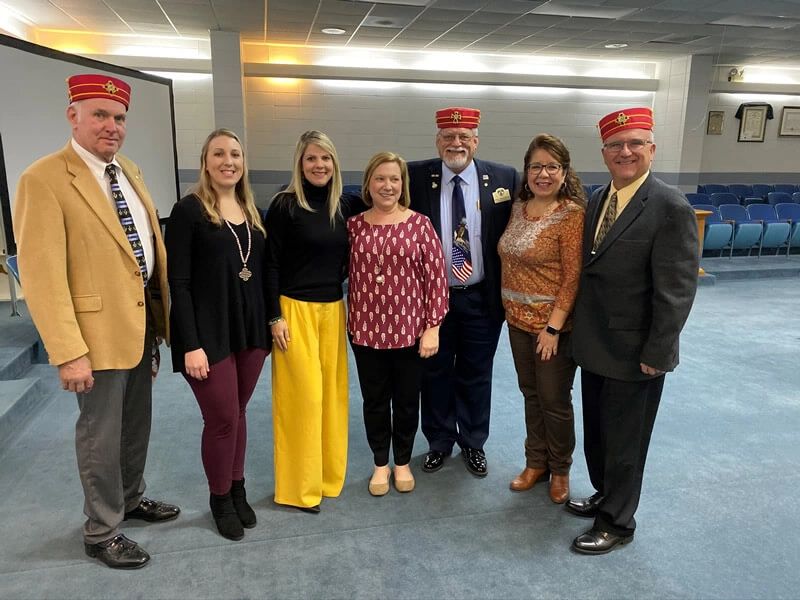 As early as 1864 (the Grand Consistory of Macon) was a flourishing Scottish Rite Body known as the Lodge of Perfection. In 1868 it was known as Bezabel Consistory No. 4.

In the early 1950s in Colorado, the Scottish Rite of Freemasonry of the Southern Jurisdiction of the United States initiated a program to help children with speech and language disorders. The results obtained from this program led to the establishment of RiteCare Scottish Rite Childhood Language Program (SRCLP) clinics to provide diagnostic evaluation and treatment of speech and language disorders, as well as learning disabilities.

Today, there are SRCLP clinics, centers, and special programs operating or planned for children and therapists located throughout the United States. Each facility is staffed by speech-language pathologists or other trained personnel. Through the support of Scottish Rite members, these clinics, centers, and programs continue to increase. The value of this philanthropy has long been apparent. Tens of thousands of youngsters across the United States have been helped significantly. With the good work of dedicated clinicians and parents, the Scottish Rite has achieved successes that could only be imagined a few years back. Children who might have remained educationally behind for a lifetime can now talk, read, and lead productive lives.

As a rule, the SRCLP Clinics accept preschool children who have difficulty speaking or understanding the spoken word or school-age children who have difficulty learning to read. Some centers also offer literacy training for adults. Inquiries on age groups and program offerings in specific areas should be addressed to the director of the local Scottish Rite facility. Equally important, all services are available regardless of race, creed, or the family’s inability to pay. While all children in need are eligible for available SRCLP treatment, please consult with your local facility for specific financial information.

THE SCHOLARSHIP APPLICATION PORTAL OF THE SCOTTISH RITE FOUNDATION OF GEORGIA

The Scottish Rite Foundation of Georgia, Inc. was established August 26, 1980. Its purpose is to give financial aid to gifted Georgia students and provide funding for Georgia RiteCare speech and language disability clinics for children. The Foundation supports the charitable efforts of Georgia's Scottish Rite Freemasons.

Review the scholarship requirements below. If you believe you meet the requirements complete the registration process. You will be notified by email when the application process is available.

You will receive multiple emails from the portal. Be sure that the email address you provide will be active during the entire Scholarship application process. Once you have registered, you will be notified each year when the application period is opened. If you do not apply for a scholarship for any year you will not receive notifications in future years. Email addresses associated with employers or educational institutions are not recommended.

We encourage Scottish Rite Members to attend the November meeting